Prior to joining TVTechnology, Phil served as technology editor at TVNewsCheck where he wrote the weekly Tech Thursday article and daily contributed to the popular Playout blog. During his career, Phil has served as editor of three monthly publications, Television Broadcast, AVVideo and Video Toaster User, written more than 1,000 feature articles and columns for industry publications, including Broadcast Engineering, Video Systems, Sound & Video Contractor and Videography, and was a co-owner of a technology-centric custom publishing company.

Focused on television technology, Phil has covered major industry developments over the years, such as the birth of satellite news gathering, the introduction of MPEG video compression and non-linear video editing, the 2GHz BAS relocation project, the DTV transition, and more recently the TV spectrum repack, the ATSC 3.0 rollout and the transition to IP and virtualized workflows in television.

Phil started his journalism career as a copyeditor in the international department of the Yonhap News Agency in Seoul, South Korea.

He holds a Bachelor of Journalism and a Master’s Degree in Journalism from the University of Missouri-Columbia School of Journalism.
Speaking At
BREAKFAST PANEL DISCUSSION: Session 4: Cloud, IP and AI for TV: Key trends to watch in 2019
2019 Speakers 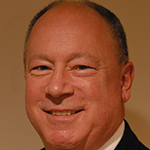