Full Name
Jose Phon
Job Title
VP of Operations
Company
Vizrt
Bio
Jose Phon is VP of Operations at Vizrt.
Prior to that he was operations manager at Vizrt since 2013 and a software support engineer at Vizrt, which he joined in 2010.
Earlier he worked for such companies as DoubleRaven Studios, Lunex Group and Turner, where he was a broadcast operations engineer. He studied project management at the Georgia Institute of Technology and obtained a bachelor’s degree in electrical engineering at DeVry University.
Speaking At
2019 Speakers
Session 3: News and Sports: Next-Gen Live Production Tech 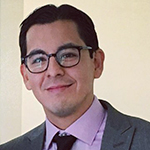