Joining Ross in 1997, Jeff has been integrally involved in the company’s dramatic rise from a small, 50-person niche company to a premier player in live video production technology with a global presence. He has helped to build the Ross Video team and culture that has forged many new corporate relationships with customers and business partners, dramatically expanding Ross’ market share worldwide.

Jeff has over 30 years of experience in the broadcast and production industries with broad knowledge of Ross product lines, industry technology and customer applications. Jeff began his career in broadcast in the engineering group of CHUM Television, working closely with the Manager of Engineering on the complete redesign and move of CityTV and MuchMusic to a ground-breaking new facility. Before joining Ross Video, he spent fourteen years in Toronto where he enjoyed a career of increasing scope and responsibility. He worked for Azcar Technologies, managing broadcast design and installation projects; Sony, as Broadcast Account Manager; Broadcast Television Systems as Regional Sales Manager; Acura Technology Group as Regional Sales Manager; and Tektronix VND (Grass Valley Group) as Canadian National Business Manager.
Jeff holds an Executive MBA from the University of Ottawa and graduated with honours from the Broadcast Electronics Technology program at the Southern Alberta Institute of Technology. Jeff was raised in Canada’s north, in Whitehorse, Yukon. He enjoys hiking, playing hockey, traveling, and spending time with his family. Fun fact about Jeff: a few years ago, he and his son completed the Yukon River Quest, the world’s longest annual canoe race – and they didn’t come last! 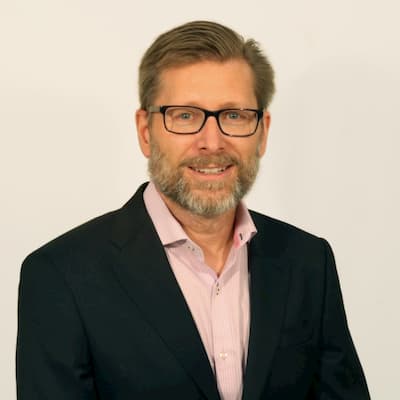