Full Name
Alan Wolk Alan Wolk
Job Title
Lead Analyst
Company
TV[R]EV
Bio
If you know anything about television, you probably know Alan Wolk.” That’s how Adweek describes the best-selling author of Over The Top. How The Internet Is (Slowly But Surely) Changing The Television Industry.

Slate Editor-in-Chief Jacob Weisberg wrote a stellar review of Over The Top that was featured in a cover story in the New York Review of Books, and Wolk’s tome is currently being used as a textbook at a number of colleges and business schools, including USC’s Marshall School of Business.

As co-founder and lead analyst of TV[R]EV, Wolk has created one of the media industry's go-to sources for understanding the changes coming from Hollywood, Silicon Valley, Madison Avenue and beyond.

Wolk has written and spoken extensively about these upcoming changes and their effect on television’s advertising ecosystem. He shares his insights on an exclusive basis via TV[R]EV’s consulting services, which provides re-search and trend analysis for networks, MVPDs, global brands and tech startups.

A contributing writer at Forbes and other industry news sites, Wolk has been interviewed and quoted by everyone from NPR to The New York Times and is a regular guest on Cheddar TV, offering expert opinion on breaking stories in the media industry.
Speaking At
Panel Discussion: Interactivity 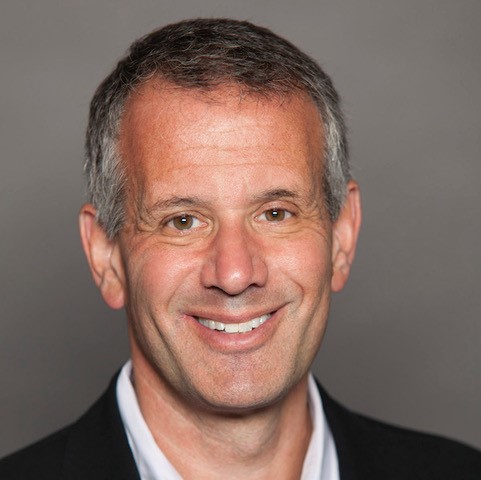